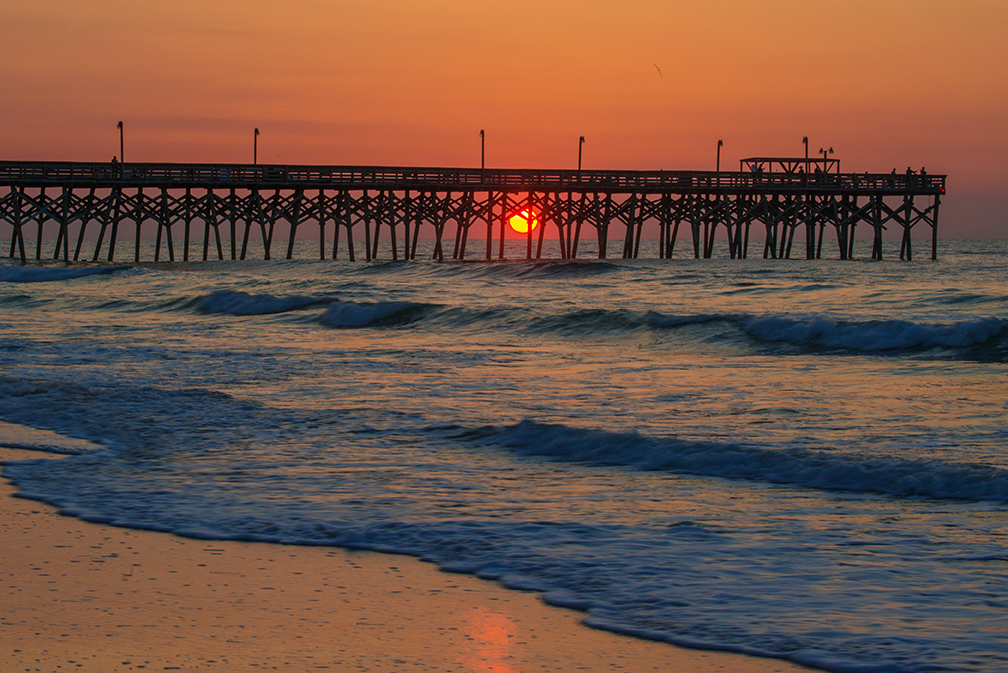 Morning at the Beach

There is not much better way to start the day than by greeting the new day on the beach in the Carolinas.    Recently, while staying at Garden City Beach, my husband and I were sure to make our way out on the beach to see

what would greet us during pre sunrise, sunrise, and during early morning light.

There were not many clouds in the sky.  There were soft pastel colors in the sky prior to the sunrise.  While walking towards the pier, my eyes were drawn to the curves and patterns that led to the pier.

As the sun rose, I took the image that I used as the featured image for this blog which appears at the top.  I wanted to place the sun behind the pier and minimize the sky area since there wasn’t much drama in the sky.

I kept being drawn to the area of the pier that was broken.  I knew I wanted to include the broken section in an image.  This image of the pier is one of my favorites from that morning.

After the sun rose, it was time to focus on other things.  There were jellyfish everywhere you looked washed up on the beach that morning.  I marvelled at their beauty.  I have had too many close encounters with jellyfish, but still find them beautiful and fascinating.

I wanted to be sure to capture the water as it flowed around the jellyfish.  I wanted the sense of motion, so I used a slow shutter speed to get the effect I was looking for in the water.

The last time we visited this part of the beach, I found a row of colorful houses.  I knew I wanted another opportunity to capture these colorful beach houses. For this first image, I used Topaz Impression to create what I saw and felt while looking at the beach houses.

The second image of the houses shows the entire, colorful row of beach houses.

When it was time for us to return home, I was trying to decide, if I had a choice of only one, would it be the mountains or the beach.  I found that I am thankful I will never have to choose.  Luckily I am within two to three hours to both.

I look forward to the next time I get to take in the, sights, tastes, smells, and sounds of the beach. 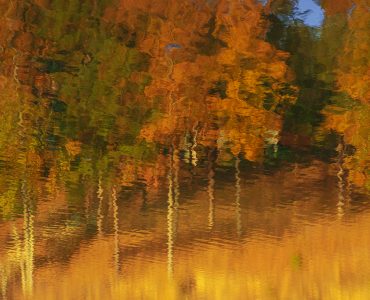 Fall in the Neighborhood 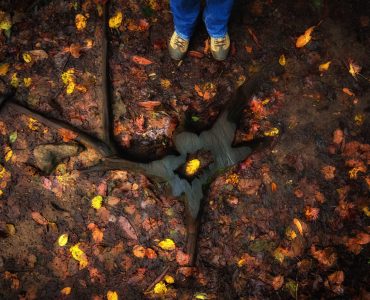